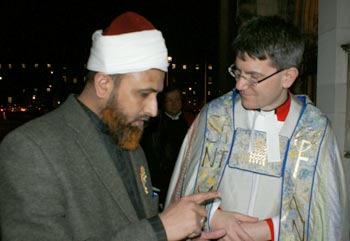 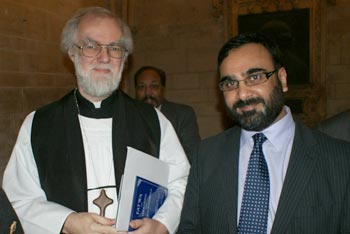 Interfaith harmony and interfaith dialogue has been the key factor for a peaceful society and Minhaj-ul-Quran International has always promoted interfaith harmony at an international level. The Lambeth Palace invited Minhaj-ul-Quran UK representatives for a visit to Lambeth Palace and Westminster Abbey on 17 March 2011 and the delegation included Shaykh Sadiq Qureshi al-Azhari, Minhaj Peace and Integration Council President Abu Adam Ash-Sheerazi, and MPIC Secretary, Ishtiaq Ahmed, Minhaj-ul-Quran UK Spokesman Shahid Mursaleen and other office bearers of Minhaj-ul-Quran, Youth League and Sisters League. The visit included showing around the Lambeth Palace and the explanation of its historic significance. Special interest was shown in the Crypt Chapel, dating back to the thirteenth century and the oldest structure in the building. 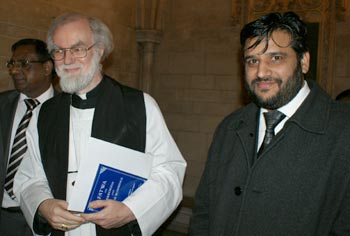 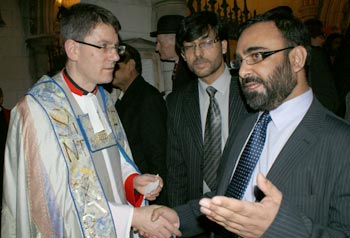 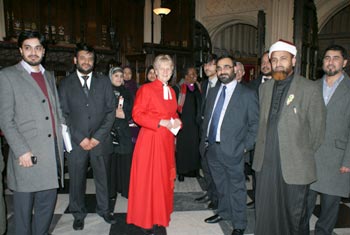 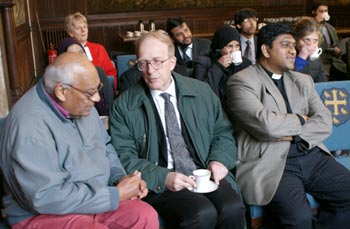 Later the delegation took part in a service held at St Largaret’s Church in the memory of Shabbaz Bhatti (Federal Minister for Minorities in Pakistan) who was assassinated on 2 March 2011. The service also included the Alistair Burt MP, Parliamentary Under-Secretary of State at the Foreign & Commonwealth Office, Cannon of Westminster and Rector of St Margaret’s Church Reverend Andrew Tremlett, Archbishop of Canterbury, Dr Rowan Williams, Reverend Declan Lang, Bishop of Clifton, representing the Archbishop of Westminster, accompanied by the Right Reverend Dr Alexander Malik, Bishop of Lahore. The High Commissioner for Pakistan Mr. Wajid Shamsul Hassan was also present. The Archbishop of Canterbury, Dr Rowan Williams said in prayer: “May the gift of your Spirit of truth and peace be poured out especially upon the people and leaders of Pakistan, so that fear may be overcome, prejudice and hatred be taken away, and trust restored.” The delegation of Minhaj-ul-Quran UK met with various Bishops including Archbishop of Canterbury Dr Rowan Williams. Abu Adam Ash-Sheerazi and Ishtiaq Ahmed presented the Dr Muhammad Tahir-ul-Qadri’s Fatwa on Terrorism & Suicide Bombings to the Archbishop of Canterbury. 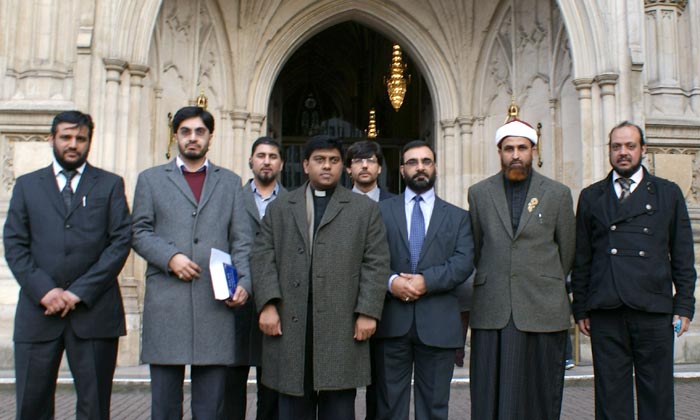